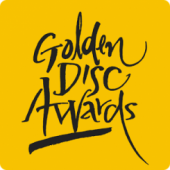 The average rating is 3.54 out of 5 stars on playstore.
If you want to know more about 31st Golden Disc Awards VOTE then you may visit 삼성웰스토리 support center for more information

All the apps & games here are for home or personal use only. If any apk download infringes your copyright,
please contact us. 31st Golden Disc Awards VOTE is the property and trademark from the developer 삼성웰스토리.

Golden Disc Awards, the most fair and objective awards ceremony
Golden Disc Awards has been recognized as “The Most Favored Awards by Artists” through its fairness and objectivity, since its first ceremony in 1986.
Unlike any other awards,
Golden Disc Award winners are determined by both album and digital streaming sales,
which precisely reflects the annual K-POP music industry.
This provides an equal chance for both talented major and underground artists,
thus marking the award in the highest authority.

# Total Votes
Total numbers are not public, but the ratio will be updated every minute.