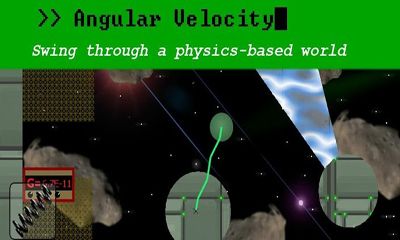 Angular Velocity is a very interesting logic game for Android, which can absorb you for long hours despite its poor design. The game is based on physics laws, which will be not only observed, but also broken deliberately and only after certain actions. Some of you has surely witnessed in his childhood as some of neighbour boys broke a neighbor\’s window with a football. Even you could be the boy… Unforgettable impressions, are they? A similar situation waits for you in the game. But in contrast to the life situations you will not feel adrenaline rush or fair for your deeds but only the strongest excitement and desire to break another window. The only well-drawn element in the game is the football. And though its movement will be as realistic as possible, the ways you will have to use to move it are somewhat unrealistic.

0
Cute Kill is an unusual zombie game and one of the best zombie-shooters! Take up weapons and run ...
END_OF_DOCUMENT_TOKEN_TO_BE_REPLACED

0
Crossing road – punish the annoying pedestrians who are crossing the road where it\’s not allowed. Call for ...
END_OF_DOCUMENT_TOKEN_TO_BE_REPLACED