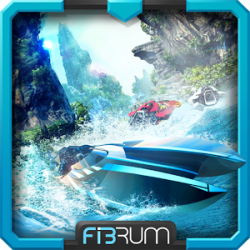 Finals of the extreme motorboat racing championship are in their climax!
Five audacious pilots are ready to fight to the end to win in the hardest water track running through picturesque tropical landscapes and ruins of an ancient city ensepulchered in the flood. The breathtaking dynamics of super powerful motorboats, a variety of sudden and hazardous obstacles, stunning graphics and stereo effects will bestow you the inerasable experience in a dizzying race to claim championship.
Please, look at the lever, to start the game.
Requires VR glasses (headset) FIBRUM
www.fibrum.com
Fibrum & Total Interactive

0
You are man\’s last hope against utter extinction. Located on a distant colony in the Osiris system, you ...
END_OF_DOCUMENT_TOKEN_TO_BE_REPLACED