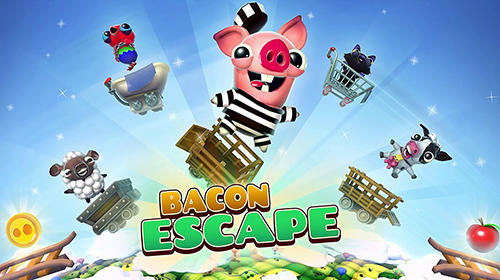 Bacon escape – help a cute piglet escape from prison and get to a safe place. Control the movement of a fast carriage going along insane tracks. Piglet, the hero of this Android game, wants to save his life. That\’s why he escaped from prison, but angry guards chase him in an airship. The hero escapes from pursuit on a fast skateboard, carriage, cart and other weird vehicles. On each of the levels the character is going to overcome loops and steep hills of the track. Complete missions, unlock new animals and vehicles.

0
Ninja kid run – control a young ninja running at full speed along the streets of a small ...
END_OF_DOCUMENT_TOKEN_TO_BE_REPLACED

0
Cute Kill is an unusual zombie game and one of the best zombie-shooters! Take up weapons and run ...
END_OF_DOCUMENT_TOKEN_TO_BE_REPLACED