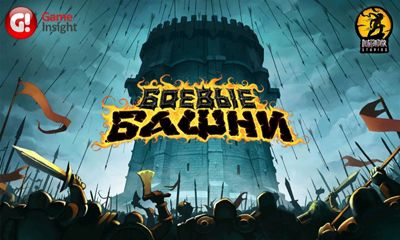 Battle Towers – the world, hanging by a thread faces the infinite opposition going between two races: Chaos and Order. Every day — there’s a new fight for the victory and a new fight for survival. Two conflicting people once living in harmony, unexpectedly become enemies. Forces of Order are pure and noble, but the mind doesn’t always suffice to them. Servants of chaos are uncontrollable and wild, they are moved by bravery and they aren\’t afraid to die! Each of these races possesses unique spells, constructions and soldiers. Speed of your actions — is the main decisive factor of the victory in this game! Submit the earth of enemies, passing more than 40 unique and in details worked battles. The destiny of the world depends on you!

0
The Horus heresy: Battle of Tallarn – take part in tensed battles on the surface of Tallarn, which ...
END_OF_DOCUMENT_TOKEN_TO_BE_REPLACED

0
Battle of fates – take command over a squad consisting of powerful warriors, mighty sorcerers and other heroes. ...
END_OF_DOCUMENT_TOKEN_TO_BE_REPLACED

Rage of the seven seas