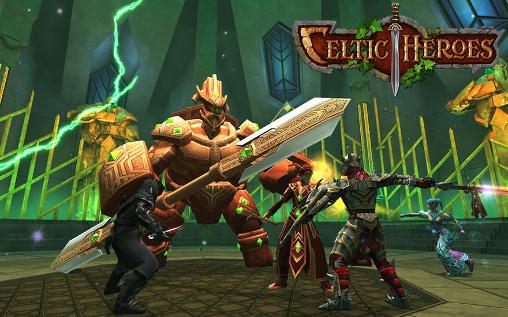 Celtic heroes: 3D MMO – travel endless spaces of the fantastic world. Fight dragons and other monsters. Find ancient mysteries and look for treasure. World of this game for Android is based on Celtic mythology. You can choose the way of the warrior, druid, or any other class. Each class has its own unique abilities and play styles. Unite into groups with your friends and defeat huge bosses together. Join a clan and fight common enemies. Trade and talk with players from around the world.

0
Lord of zombies – create your own army of various zombies and fight many strong opponents that dare ...
END_OF_DOCUMENT_TOKEN_TO_BE_REPLACED

0
Vast survival – go across wild terrain and try to survive being surrounded by wild nature. Fight against ...
END_OF_DOCUMENT_TOKEN_TO_BE_REPLACED