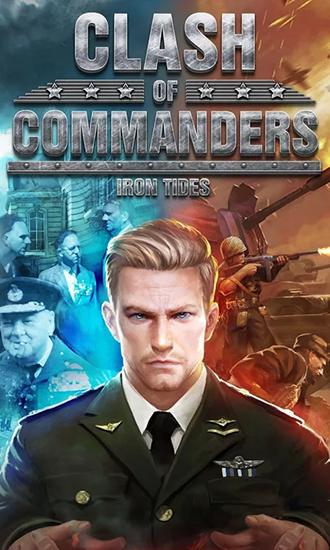 Clash of commanders: Iron tides – build your own city and create a strong army. Hire famous generals of the World War II era and fight.

Try to capture the world of this Android game using your unbeatable army. Arrange diplomatic relations with your allies who\’ll help you fight a variety of enemies. Turn your capital into impregnable fortress. Form an army with artillery, tanks, and other World War II military equipment. Guide your armies into battle, do cunning maneuvers, and win.
The game requires an Internet connection