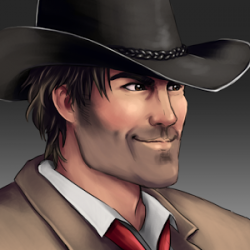 This point and click adventure game was written and programmed by one person over the course of two years.
This is the sequel to Cowboy Chronicles chapter 1 that was released in November 2012. The game continues where the first chapter left off.
\”A puntastic game\” – Said No One. Ever.
\”Punniest game of the year\” – Imaginary Magazine
The game was featured at both SpillExpo, Norway largest gaming convention, and the Gamelab Convention in Barcelona in 2014.

0
Exciting Universe with us!
END_OF_DOCUMENT_TOKEN_TO_BE_REPLACED

0
Want to know what it’s like to fly a navy jet? Well, get ready to pilot a selection ...
END_OF_DOCUMENT_TOKEN_TO_BE_REPLACED