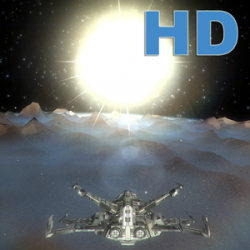 \”Dangerous is a Console-Quality [mobile] Game\” -148apps.com
\”2011 Achievement for Outstanding Original Soundtrack\” -iFanzine.com
\”Dangerous is a space simulation that has incredible depth.\” -iReviewT.com (scored A-)
\”Dangerous is without a doubt (no, seriously) the most robust space adventure available…\” -148apps.com
\”Dangerous is well worth the money…\” -spacesimcentral.com (5 stars)
\”For people who want a really engaging, in-depth experience… Very cool and very fun…\” -TheDaily.com
\”Another interesting feature was the \”Romance\” option\” -unboundgamer.com
\”An astounding level of depth takes Dangerous where few space sims have gone before … offering factional allegiance and NPC partner systems that are sure to whet the genre fan’s appetite.\” -iFanzine.com
\”The only \”true\” 4X on Android?\” -myandrogames.com
\”This game is basically an Eve Online clone … Galaxy on Fire 2 while a fun game is child\’s play compared to [Dangerous]\” – va2k0r on TouchArcade forums
– LAUNCH SALE PRICE
– Please test with the free LITE versions on your device before you buy.
– The HD version plays the same as the SD version, but has improved and animated graphics for celestial bodies (stars, planets, moons) and super high quality FX options
– You can save your game to the cloud and play from any supported platform
– Email us if you need a refund after Google\’s 15 minutes. We want you to be happy with your purchase.
Dangerous is an epic 3D open and living world space sandbox combat RPG with an immersive and riveting story. You have been awoken from cryo sleep a century later, and must discover the truth. Are you the feared war criminal who will destroy all life or the savior of the universe? Gather your wingmen and travel the galaxy in search of answers. Along the way, you\’ll encounter a Universal AI, a shadow group pulling history\’s strings, a princess, a schizophrenic robot, a beautiful lieutenant of the Royal Navy, a fearsome mercenary, a suicidal slave, and a playboy fighter ace.
Dangerous is a game that is 3 years in the making! It features:
– 3D real-time sandbox game built with Unity game engine
– metallic shader, lighting, particle effects, lens flare, explosions, fx
– space combat RPG with extensive skill tree
– open and living universe where 600+ ships fly around autonomously
– epic story with dialogue system that allows real choices
– recruit 6 wingmen and 2 can fly with you at a time
– even discover romance with another wing pilot
– recruit 5 corporate pilots who can fly trade routes on your behalf
– trade, fight, mine, pirate, scan for derelict ships and wormholes
– many mission types: epic, freelance, dynamic, wingman acquisition, faction loyalty
– deep combat mechanics, AI, and faction standings
– 20+ ships, 180+ modules, 33 solar systems with a unique follow-through-warp mechanic
– 15+ factions to vie favor or destroy
– cinematic camera shows you the action when it happens
– fly manually with or without Newtonian physics or use autopilots exclusively
– 22 track theatrical-quality award-winning soundtrack by renown composer, Sean Beeson
– cloud save lets you continue your game at home or on the go
MEMORY: Dangerous uses a lot of memory during play, so if you have an older device, please close extraneous programs and reboot prior to playing. You may also turn on the low polygon-count space stations or reduce graphical options in the Systems>Options menu inside of stations.
TIP: If you are experiencing freezes or other problems, others have reported success by uninstalling, rebooting, and then reinstalling the game. Please visit http://whoisdangerous.com for the latest news, bug fixes, and discussions.
LANGUAGES: Additional languages were supported using an automatic translation service. Please help us fix any poor translations.

0
Doubleside Mahjong puzzle calls you to the new enigmatic world of Amazon.This is a new Mahjong game full ...
END_OF_DOCUMENT_TOKEN_TO_BE_REPLACED