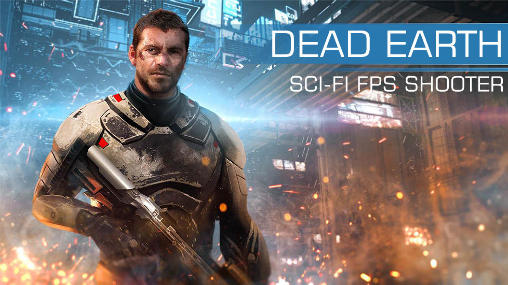 Dead Earth: Sci-Fi FPS shooter – protect the civilians from battle robots destroying everything alive in its path. Get your powerful weapons and fight on the streets of huge cities. Robots that have been designed to serve mankind have rebelled against their masters. Now only special unit soldiers can protect humanity from destruction. In this Android game you will become such an elite soldier. Use dozens of weapons to stop soulless robots. Blast your enemies with grenades, shoot the rocket launchers, machine guns, and so on. Fight for every building!

0
Dark sword – guide the hero through gloomy locations of the world full of dark shadows. Fight the ...
END_OF_DOCUMENT_TOKEN_TO_BE_REPLACED

0
Zopa: Space island – control 4 cyborg bunnies who got to a space island. Defeat a variety of ...
END_OF_DOCUMENT_TOKEN_TO_BE_REPLACED