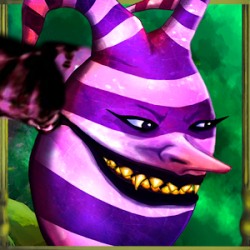 As Leon, the world\’s most dangerous bounty hunter, you embark on a mission to slay the world\’s weirdest creatures, and save a girl from an awful marriage.
– \”Fearless Fantasy Shows No Fear In Its Condensed RPG Design\” – Hardcore Gamer
– \”It\’s a strange, silly game that just so happens to also have a unique and unexpectedly challenging battle system.\” – VGBlogger
– \”A compact adventure with a focus on turn-based skill, a notion as unique as the whole game itself.\” – 9/10 – GameGrin
Fearless Fantasy is probably the weirdest RPG you\’ll play this year. It\’s a gesture-based adventure that\’s constantly keeping you on your toes. You use swipes, taps and pauses to both score critical hits and block enemy attacks, resulting in an involved and rewarding experience on every turn.
– Use gestures to land critical hits
– Character design that\’s both extraordinary and creepy in equal measure
– Full story store with animated cutscenes and voice-overs
– Upgrades and progression systems to bump up your heroes
– Epic boss fights

0
Get ready for a bike rush!It is time to dust down your iron horse and take an extreme ...
END_OF_DOCUMENT_TOKEN_TO_BE_REPLACED

0
Chess Free is the best free Chess game on Android and is currently the highest ranked (at time ...
END_OF_DOCUMENT_TOKEN_TO_BE_REPLACED

0
An action-packed online fantasy RPG!Enter the world of Nine Hearts and defeat the evil forces to restore peace ...
END_OF_DOCUMENT_TOKEN_TO_BE_REPLACED