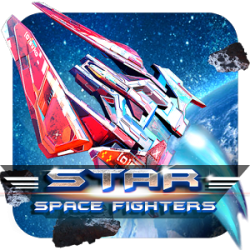 galaxy war raiden
a fast-paced top-down perspective space shooter game
This is an action game with spacecraft that will explore different planets in the universe, each planet has a different enemy which acts differently. Fly through the space and destroy enemies! Just touch and drag the plane of Space War in any direction to avoid enemy bombs. To shoot, simply click on the missile button. Required skills are more than fast reactions and memorising enemy attack war patterns. The player must also have strategy skills to equip proper upgrades and use the appropriate skills during specific space missions.
To move your spaceship slide your finger on the screen of your mobile or tablet. Talk fast before being destroyed. In each level you have up to 3 lives before your ship is destroyed, but every time you lose a life, your ship will get damage, which will make you lose visibility.
How to play:
-Drag the fighter to move.
-Tap the Skill button to release the skill.
-Tap the Shop button to enter the shop.
-Tap the Settings button to display the game setting interface.
With this game you will spend pleasant moments war, enjoying flying and fighting with all kinds of fighter jets and war. You will participate in epic space combat.
Enjoy this breathtaking space war! RIGHT NOW!
Do not forget to rate and comment on the game on Google Play Store for improvement.

0
Sprint, jump, slide, turn, and even fly through the most exciting runner game on Google Play! Sprint into ...
END_OF_DOCUMENT_TOKEN_TO_BE_REPLACED