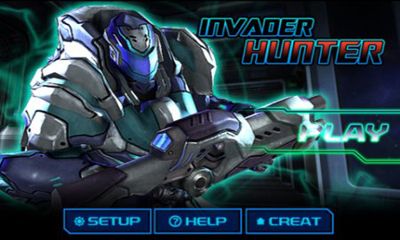 Invader Hunter is a space third-person shooter. The game describes the times of Mangus dictatorship. The rebels do not want to be under the yoke of complacent ruler and organize clashes with the military. Command of Jim Raybang led insurgency to a crucial point, when the war has become beyond control of authorities. The rebels seized the government station and took control over the situation. They could have succeeded if not for our hero, an elite marine who has to clear the station from the invaders.

The game requires a cache download. How to install the game with the cache?

The path for the cache: sdcard/Android/obb