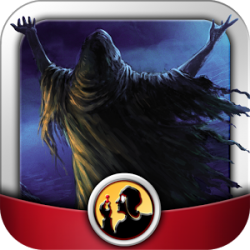 **Contents of the last update**
– Now runs perfectly on Lollipop OS
– Minor bug fixing
H.P. Lovecraft\’s KINGSPORT FESTIVAL: The Rituals of Mysteries is the long-awaited official port of the board game by Andrea Chiarvesio and Gianluca Santopietro inspired by the short story \”The Festival\”, one of the milestones of the famous Cthulhu Mythos that made famous the Solitary of Providence, became popular as the Master of Weird.
In the unimaginable darkness of Kingsport, silent wanderers are called to a profane celebration. Their goal: to invoke unthinkable horrors! A dread terror that is not of this world or any other — but rather from the spaces between the stars — demands your submission.
EXTEND YOUR CULT: gather resources, learn spells, conquers the city, defeat your opponents! Accepts the challenge in games for three, four or five players.
INVOKE THE MOST POWERFUL ELDER GODS: awaken the Ancient Ones, summon blasphemous creatures and gain the most valuable \”gifts\”. Discover all the most famous protagonists of the monstrous Lovecraft’s pantheon.
PRESERVE YOUR SANITY: the power dulls the reason, unspeakable visions undermine the perception of reality: protect your mind from the dark recesses. Test your strategic and management skills.
CAST THE MOST POWERFUL SPELLS: from the pages of old forgotten tomes, including the indescribable Necronomicon, you can learn disturbing arcane knowledge to enhance your destruction. Can you handle so much power?
EXPAND YOUR OBSCURE INFLUENCE: insinuate yourself in the main buildings of the dream town by expanding your evil influence. This time, you are the bad guys. Why settle for the lesser evil?
FIGHT THE MOST FAMOUS INVESTIGATORS: from the pages of the American author\’s fiction, the most famous characters that have already challenged the cosmic horrors return! Now they will try to stop you: are you ready to defeat them?
A DISQUIETING ORIGINAL SOUNDTRACK will accompany you on an unforgettable digital gaming experience. The silence will break while the shadows around you will lengthen.
AN AFFORDABLE SPECIAL PRICE: for its first release, the game is available at a special launch price. Don\’t wait and take advantage of this offer now!
Supported languages:
* English
Italian
©2014/2015 Tiopi srl. All rights reserved. Kingsport Festival, Sir Chester Cobblepot and iNigma are trademarks of Tiopi srl, in Italy and in other countries.

0
You have one goal…..Survive!The most exciting zombie shooter has arrived! Shoot your way through a city filled with ...
END_OF_DOCUMENT_TOKEN_TO_BE_REPLACED