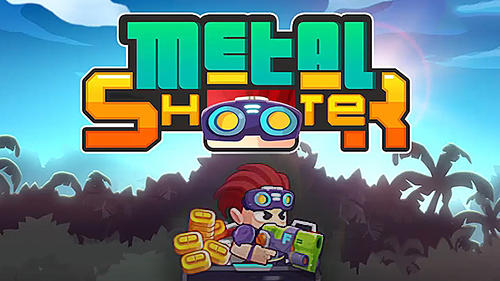 Metal shooter: Run and gun – take an elite squad fighter through many battles against hordes of robots threatening the human race. You are going to defend the Earth from evil robots together with the heroes of this dynamic Android game. Enemies built a base on a faraway island. You are going to penetrate the base of robots and level it to the ground. Take your hero forward. Tap the screen to make the character jump on the platforms, dodge enemy shots and overcome obstacles. Be attentive as robots will attack the hero from all sides.

0
Rush hour assault – go behind a wheel of a fast car with powerful weapons. Take part in ...
END_OF_DOCUMENT_TOKEN_TO_BE_REPLACED

0
Infinite stairs – control a funny character climbing up the endless ladder made up of floating stone steps. ...
END_OF_DOCUMENT_TOKEN_TO_BE_REPLACED

0
Dark sword – guide the hero through gloomy locations of the world full of dark shadows. Fight the ...
END_OF_DOCUMENT_TOKEN_TO_BE_REPLACED