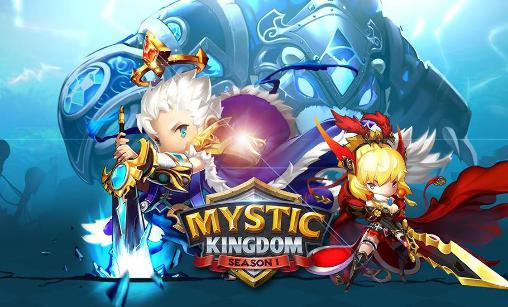 Mystic kingdom: Season 1 – head a party of powerful heroes and travel lands of 3 kingdoms destroying monsters you find on your way. Guide heroes of this game for Android into battle strategically placing them on the battlefield to improve their abilities. Create a perfect team, whose members can improve and complement each other. Clear dangerous dungeons from monsters and defeat huge bosses teaming up with your friends. Take part in guild wars and try exciting duels with players all over the world.

0
Beastopia – create a party of sentient animals, each with its class, abilities, and weapons. Explore the world ...
END_OF_DOCUMENT_TOKEN_TO_BE_REPLACED

0
Idle frontier: Magic adventure – guide the brave hero through dangerous lands of the kingdom. Go down into ...
END_OF_DOCUMENT_TOKEN_TO_BE_REPLACED

0
Wherewood: War of factions – fight for the kingdom throne. Build and improve your own city. Create a ...
END_OF_DOCUMENT_TOKEN_TO_BE_REPLACED