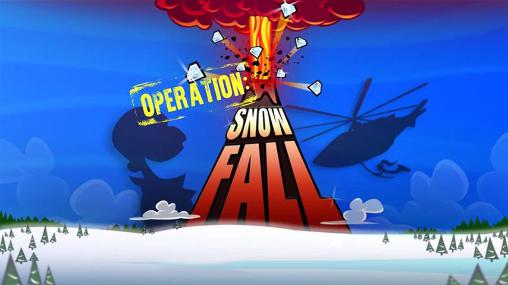 Operation: Snowfall – control a female spy who\’s escaping from hot red lava along a snowy volcano slope. The heroine of this game for Android needs to stop a mad scientist and his army of servants. Hot lava on her heels in an additional problem. She rushes down the mountainside on her snowboard. Help her jump over obstacles, destroy enemies, and collect bonuses. Unlock snowmobiles, cars, and other vehicles. Get bonuses and weapons.

0
Jumpy cat – control a funny cat falling down after jumping of a tall building. Catch all the ...
END_OF_DOCUMENT_TOKEN_TO_BE_REPLACED

0
Block house – build the most unbelievable constructions out of colorful blocks of different shapes. Be fast, the ...
END_OF_DOCUMENT_TOKEN_TO_BE_REPLACED

0
Gunship glory: Battle on Earth – help out a spaceship with powerful weaponry in battles with alien fleet. ...
END_OF_DOCUMENT_TOKEN_TO_BE_REPLACED