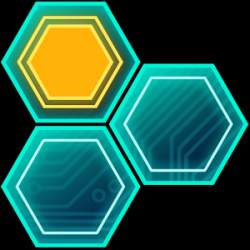 When you act as the robot made with myself was expected, you will feel the joy.
When you win the battle with the robot, you will taste a big impression.
\”Robot Construction R\” is robot creation and a battle game.
Yourself, assemble the robot to select the part.
And it makes the programming of the robot on your own.
This game is for the expert, it is not casual.
Therefore, when your robot is moved as expected, you will very sense of accomplishment is obtained.
Also, when your robot won the battle, you\’ll get the very sense of fulfillment!
Victory or defeat of the robot battle is determined all the user\’s skill!
For all users under the same conditions of the original, to build a robot,
The performance of the robot is determined depending on the programming and select the user\’s part.
It will directly affect the battle of winning or losing.
Parts of the robot is common to all users.
By the background type and opponent robot,
Which part is selected, and either assemble a robot?
It\’s very important.
By trying combination of various parts.
When the most suitable composition of parts is found, it\’s fun.
The command used for a program and the capacity of the program are commonness of all users. Therefore how to make a program at the limited inside influences winning or losing.
You repeat a try and an error many times and make a program of a stronger robot, and win!
■ Robot assembly
\”BODY\”, \”ARM\”, \”OPTION\”, \”LEG\”, each parts are constructed.
It\’s different in the \”ARM\” and the \”OPTION\” which can be chosen depending on the kinds of \”BODY\”.
There are a blow weapon of short distance and a long-distance shooting weapon in the kind of \”ARM\”.
There are a special weapon (land mine and spark bullet) and help system equipment (energy pack and solar panel) in the kind of \”OPTION\”.
Speed and the mileage are different in the kind of \”LEG\”.
\”2LEGS\” can dash, and \”HOVER\” can also pass on the water.
■ Programming of a Robot
In 180 of trout (9 masses of width and 20 masses of length).
A panel of the various commands is arranged and it\’s being connected by a line.
A visual program of flow chart style.
Because it\’s easy to understand visually compared with a programming language.
Even the person who doesn\’t have coding experience can make it.
Please be careful not to become too addicted to programming of the robot.

0
Welcome to a mysterious hotel, where guests are served with… puzzles?!Five brave, young adventurers find themselves lost, with ...
END_OF_DOCUMENT_TOKEN_TO_BE_REPLACED