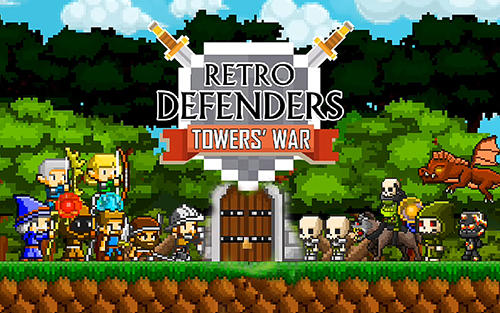 Retro defenders: Towers\’ war – defend the tower of a princess from the attacks of numberless hordes of monsters. Power-up and upgrade brave tower defenders. In this Android game you are going to be in charge of the kingdom defense. On each of the levels you will see a tower placed in the middle of the screen. Enemies attack from two sides. You can place 2 warriors on the top of the tower. You can select a peasant, soldier, elf and other heroes. Each character has unique abilities and weapons. Develop your warriors. Upgrade and fortify your tower. Place traps on the way of your enemies.

0
The escapists – survive in prison and find the way to escape. Explore the territory, steal, craft useful ...
END_OF_DOCUMENT_TOKEN_TO_BE_REPLACED

0
Fury roads survivor – control a powerful car and drive through post-apocalyptic wasteland. Fight for your life with ...
END_OF_DOCUMENT_TOKEN_TO_BE_REPLACED

0
Boxxo – control a funny little square character and guide him through a variety of levels full of ...
END_OF_DOCUMENT_TOKEN_TO_BE_REPLACED