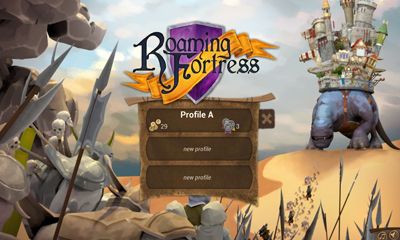 Roaming Fortress – many years have passed since the mighty fortress fell down and knights of Manatalopian had to leave their lands. From cruel attack of ruthless hordes of goblins, knights looked for hope of rescue on suburbs of their fallen kingdom. Being engaged in domestication of herd of wild elephant like beings, knights understood that they, probably, found the decision to return the lands seized by goblins. They equipped the tamed beings in fighting vestments and went on capture of enemy structures and the whole land which belongs to them by their rights. The game combines dynamic action, strategy and defensive game, and also excellent graphics and gameplay. Destroy waves of unique enemies and gradually come back to your lands!

0
Grow castle – defend your castle from attacks of a huge enemy army. Place powerful heroes in your ...
END_OF_DOCUMENT_TOKEN_TO_BE_REPLACED

0
Battleloot Adventure is an interesting game combining humour, turn-based battles and role-playing elements. The adventure will lead you ...
END_OF_DOCUMENT_TOKEN_TO_BE_REPLACED

0
Toy rush – create an army of toys and attack enemy bases. Don\’t forget to defend your own ...
END_OF_DOCUMENT_TOKEN_TO_BE_REPLACED