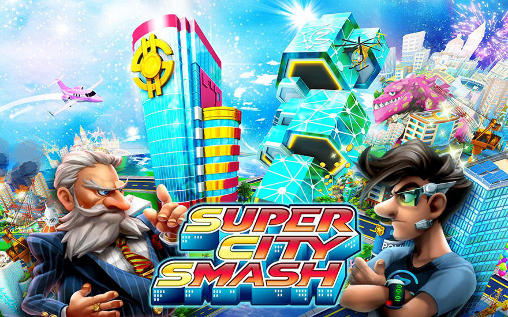 Super city smash – build your own fantastic megalopolis, improve it, and defend it from enemies. Attack enemy cities with your mighty army. Erect various buildings in the city. Build factories, residential quarters, laboratories, etc. Be careful, your city can be attacked at any moment. Create an army of monsters and saboteurs to infiltrate enemy cities and destroy them. Capture valuable resources from enemies. Unite with your friends and fight 3 on 3 battles. Defeat other players.

0
Monster Loves You – a simulator of an amusing monster’s life.You will decide what he eats for a ...
END_OF_DOCUMENT_TOKEN_TO_BE_REPLACED

0
Heroic saga – create your party of legendary heroes and mythical creatures. Use battle skills of your heroes ...
END_OF_DOCUMENT_TOKEN_TO_BE_REPLACED