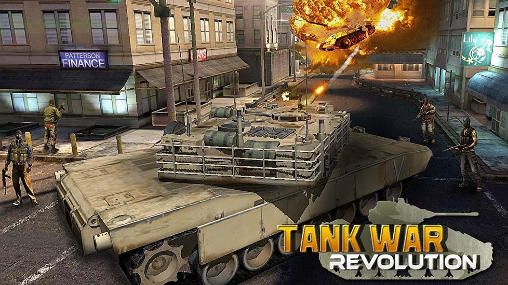 Tank war: Revolution – control a modern tank and participate in city battles against enemy army which attacked your country. Destroy fighting machinery and soldiers of your enemy. Protect your city from insidious aggressors in this Android game. Drive the tank along the city streets and destroy everything on your way shooting from tank weapons and heavy machine gun. Be careful as snipers can hide in the houses and other shelters. Ask for the air forces support in case you are surrounded by the enemy. Upgrade your tank, place protective shields and more powerful weapons

0
In the game Circuit chaser a huge robot moves on the tunnel and destroys all enemies on the ...
END_OF_DOCUMENT_TOKEN_TO_BE_REPLACED