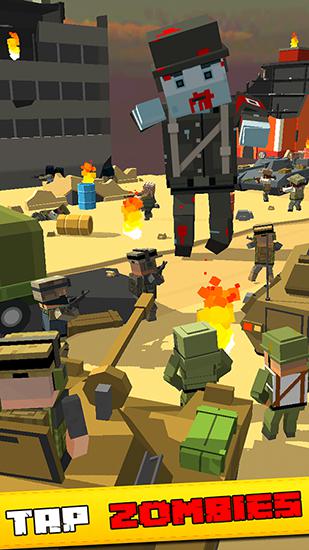 Tap zombies: Heroes of war – defend the city from huge zombies. Improve your army tap the screen fast to make soldiers attack monsters. Giant zombies threaten residents of the city in this game for Android. Create a squad of heroes and destroy monsters. Tap zombies to make your army attack the enemy. Get rewards for each dead zombie. Hire new characters with unique weapons and abilities. Get tanks, helicopters, and other military equipment. Use a variety of bonuses to destroy all the zombies.

0
Labirinth – is an interesting addictive game for mobile gadgets in which you need to take the ball ...
END_OF_DOCUMENT_TOKEN_TO_BE_REPLACED

0
In the game Only one you will become the owner of a magic sword and you will battle ...
END_OF_DOCUMENT_TOKEN_TO_BE_REPLACED