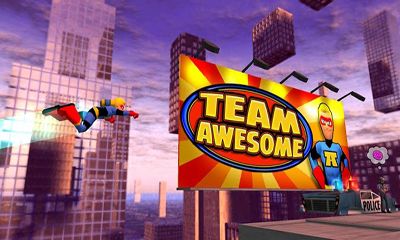 In Team Awesome for Android 4 ordinary people are the main characters as in comics. They got their super abilities after a strange meteoric impact. You will control a running character: tap the screen to jump, press and hold your finger on the screen to fly. The game has 40 episodes; you will have to fulfill several certain tasks in each of them, e.g. collect 10 coins during one game or help 5 old ladies to get home and complete about 120 various merry tasks during the game. Each level may be passed for several times until you fulfill all the tasks. The game is realized in 3D, it is vivid and beautiful and it also has nice sound. To select another character with unique skills and prehistory; you have to come into an in-game shop and buy them for the coins collected at the level. You can also upgrade the character\’s skills, armor and other qualities.

0
Snaky lines – control a fast rainbow snake moving along a winding path with many obstacles and hazards. ...
END_OF_DOCUMENT_TOKEN_TO_BE_REPLACED