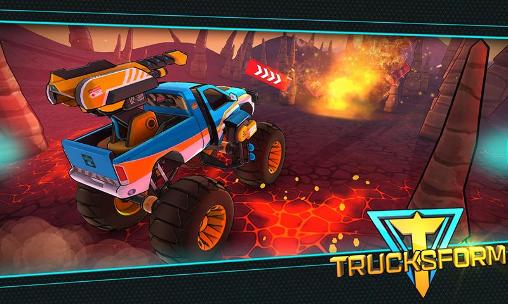 Trucksform – drive a fantastic truck that can transform into 4 cars with different purposes like helicopter, battle truck, and so on. Help a brilliant scientist, Dr. Brainz save the Earth from destruction in this Android game. Get behind the wheel of a unique machine created by Dr. and do dangerous missions around the globe. Drive your truck through the desert, jungle, city ruins, and other colorful locations. You have to collect ancient artifacts hidden in remote places and deliver them to the scientist.

0
Flappy 3D – a favorite game, where the bird flies between pipes, now from a new foreshortening. Game ...
END_OF_DOCUMENT_TOKEN_TO_BE_REPLACED