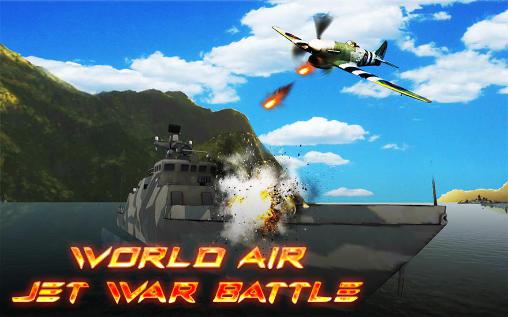 World air jet war battle – become the best battle pilot and fly a fast plane on dangerous missions in different corners of the planet. Prove your piloting skills in difficult combat conditions, doing tasks in this game for Android. Do stunts and complex maneuvers. Fight against overwhelming odds. Shoot down enemy planes, destroy ground combat vehicles, radar systems, military vehicles, and other objects. Use automatic guns of your aircraft and other weapons.

0
A ninja outbreak. Ninja game – help ninja run through a variety of levels and defeat the enemy. ...
END_OF_DOCUMENT_TOKEN_TO_BE_REPLACED