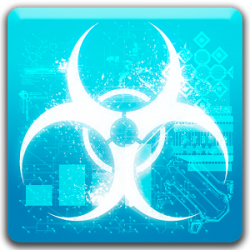 Enter the battle for humanity. Save Earth from hordes of zombies. Plan your strategy wisely, build up your defense, recruit survivors and KILL ZOMBIES! Use flamethrowers, shotguns, machine guns or tanks, artillery and even multi-fire rocket launchers. Experience the thrill of commanding a futuristic military force and be the hero. Save humanity from the biggest threat it has ever encountered!
✔ Unique holographic look.
✔ Upgrade your units to stay alive.
✔ A rich mix of RTS and Tower Defense genres.
✔ 3 difficulty levels and an infinite play mode.
✔ Detailed cities with schools, industrial zones and downtown districts.
✔ Hordes of enemies that aim to stop you from reaching your goal.
✔ Lots of infantry units and vehicles to choose from. Tanks with artillery support vs zombies? How will you command them?
✔ Different maps with different play styles.
✔ Your tactics depend on the set of units you chose for battle.
This game provides a fresh approach to tower defense/RTS genres. The main goal is to hold a city while an army of zombies tries to overpower and capture your base. You can try fast expansion, but it could stretch your forces lotto far so you won\’t be able to defend properly. Alternatively you can try to hold limited territory, but you will be facing a resource shortage in a week or so. All maps have numerous strategic possibilities so you can tailor your tactics. Your play style will be highly dependant on the units you\’ll have selected. Choose wisely. Will you use artillery to kill enemies at distance? Or, will you stick to close combat using infantry and barricading buildings to win?
The year is 2053. An unknown bio-weapon has been released from top secret laboratories and has now turned 86% of the world’s population into unnatural abominations. Only a secret military group, known as Iron Corps can put an end to this global threat.
NOTE ABOUT IN APP PURCHASES:
The in app purchases are completely optional. They are there to be used by players that want a quick way to get extra tactical points. If you are not a fan of IAP, rest assured that you can definitely beat the game without them.

0
Are you ready to become a Vape guru? Grab your mod and blow massive clouds to fill the ...
END_OF_DOCUMENT_TOKEN_TO_BE_REPLACED

0
An empty fuel tank and a flat tire lead you down a road to the House of 100 ...
END_OF_DOCUMENT_TOKEN_TO_BE_REPLACED

0
Step into the next generation of MMO strategy in Soldiers Inc: Mobile Warfare. Train your troops, build your ...
END_OF_DOCUMENT_TOKEN_TO_BE_REPLACED