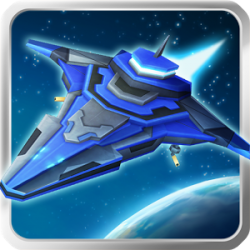 Take part in real-time strategic space battles in full 3D!
Bring an end to the war among the stars and restore peace to the galaxy!
■Cooperate to Destroy Humongous Titans!
The evil empire Nemesis is employing gigantic Titan-class capital ships to spread their reign! These behemoths can\’t be taken down alone, you\’ll have to cooperate with Alliance members to destroy them!
◆Here are your first orders, new recruit!◆
・Prove your tactical mettle by building and arranging the optimal base to protect your resources
・Assault enemy bases and appropriate their resources to increase your strength
・Join an Alliance of fellow star citizens and cooperate to save the galaxy
[Game Details]▼Form Effective Battle Strategies and Command Capital Ships!
Take the helm of hulking capital ships and command them to victory!
Plan the most efficient strategies to defeat your foes!
Will you release swarms of drones to overwhelm enemy defenses?
Plan pinpoint strikes to steal resources while taking minimal damage?
You command, you decide!
▼Upgrade and Customize Your Base!
Fortify your defenses with gatling cannons, laser towers, railguns, and more!
More interested in appearance than utility? Decorate your base as you please!
▼Talk Strategy in Alliance Chat!
Partner up with friends and communicate in real-time chat.
Alliance members can send and receive reinforcements that warp in to defend their base when under attack!
HOWEVER, that also means you\’ll have to be cautious when attacking — enemy capital ships could join the fray at any time!
Official Forums:
http://forum.a-tm.co.jp/forum/big-bang-galaxy
Privacy Policy:
http://www.a-tm.co.jp/en/privacy/

0
You are light of darkness. The return of the shadow hero to defeat the Dark Dragon.Demon Warrior is ...
END_OF_DOCUMENT_TOKEN_TO_BE_REPLACED

0
The HD graphic designs and the ultra-realistic physical engine will make you feel like playing on an real ...
END_OF_DOCUMENT_TOKEN_TO_BE_REPLACED

0
Play with your friends all over the world in real time with this free-to-play MMORPGEnjoy thrilling battles with ...
END_OF_DOCUMENT_TOKEN_TO_BE_REPLACED