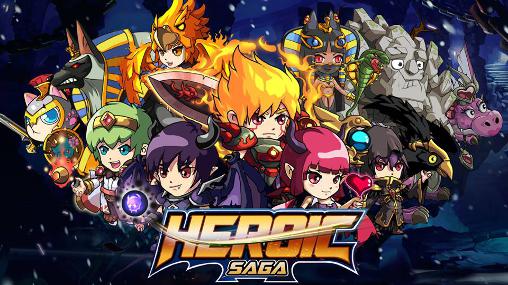 Heroic saga – create your party of legendary heroes and mythical creatures. Use battle skills of your heroes and defeat strong bosses. Embark on an adventure in a fantasy world of this game for Android. Explore a variety of locations with horrible monsters. Defeat powerful bosses that guard great treasure. Enrich your small army with new heroes, each with unique abilities and weapons. Get experience for winning and develop your characters. Join a guild.

0
Iesabel – collect team from seven people or oppose powers of darkness. A lot of monsters wait for ...
END_OF_DOCUMENT_TOKEN_TO_BE_REPLACED

0
Chaotic empire: Dare to rule the hell? – become the ruler of a powerful empire. Fight humans and ...
END_OF_DOCUMENT_TOKEN_TO_BE_REPLACED