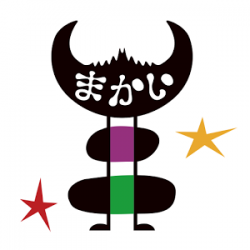 A Completely New Idle Puzzle Game for Smartphones
――But How Can You Make a Hundred of Friends Around the World
Just by Watching the Game?
■ Overview:
Clear a stage by collecting Energy Balls and getting to the goal before the time runs out and rescue your fellow Moonsters, who are trapped by Bolala, the boss of this game. There are nine different types of Moonsters, and you can select them up to eight, for the adventure. The keys to clear the stages are your choices—who you take and how you arrange them in order. A certain Moonster has an ability to dig, and another one destroys rocks. Each character has their own special abilities, so pick and line them up carefully to achieve your goal! Then, you’re all set. Once you let them go on a journey, all you do is to watch for how it will turn out.
Moonsters you rescue are other users who are playing the game from somewhere in the world. You can give them treats or add them to your alignment to raise the friendship level. If the friendship level gets high enough, they will sing better (please see the Humming Marching System described below)! Also, both you and the other user will be rewarded with Foster Moonsters and more.
You can make friends around the world, while competing the stage scores and coloring the world map!
■ Game Soundtrack: “Humming Marching System”
As each character hums unique part as they march, you can arrange the soundtrack by selecting different alignments every time. The base music is the famous folk song “She’ll Be Coming ‘Round the Mountain”, whose Japanese title is “ピクニック (Picnic)”, and the game title derives from it. The idyllic melody surprisingly goes well with the pop yet fantasylike atmosphere of the game.
Winner at #BitSummit2015(Kyoto Indie Game Fes) for Excellence in Sound Design
■ Route24—Kenichi Nishi
Nishi joined the development team for Chrono Trigger and Super Mario RPG in Square (now Square Enix). After he left the company, he founded Love-de-Lic and released Moon: Remix RPG Adventure (PlayStation) and L. O. L.: Lack of Love (Dreamcast, jointly developed with the musician Ryuichi Sakamoto). Nishi founded Skip after having disbanded Love-de-Lic, and developed GiFTPiA (GameCube), Chibi-Robo! (GameCube), and LOL (NintendoDS). In 2006, he founded Route24 as an individual firm and has been working on many mobile projects, such as Newtonica (iOS) series.
-Story-
Deep in the world of monsters…
The evil Bolala has kidnapped a group of innocent Monsus during a game of hide-and-seek.
Bolala is a villainous demon, the type of cruel overlord who just loves seeing weaker monsters suffer.
Capilo was left all alone, sighing over the memories of his missing friends…
But Capilo can\’t just sit there and mope all day. That\’s just what Bolala wants!
Although he may be small, Capilo is packed to the gills with courage. Now he\’s setting off on a journey to find his friends.
Join him as he marches across the world, humming merrily as the Monsu pals he rescues follow along.
It\’s like a great big picnic!
Can you rescue all of Capilo\’s friends so they can play together once more?

0
Tiny Rogue is a turn based rogue-like by the creators of Devious Dungeons, Random Heroes and League of ...
END_OF_DOCUMENT_TOKEN_TO_BE_REPLACED

0
Express your style and rule the runways in Fashion Fever! Start your career as a stylist on a ...
END_OF_DOCUMENT_TOKEN_TO_BE_REPLACED