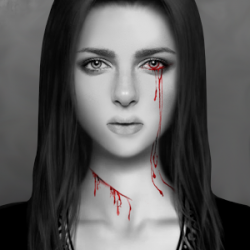 Creepy, horrifying feast of murder. Breathless, intense horror game between a cruel murderer and beautiful fugitive.
Will you be a brutal murderer, or a fugitive who runs away and hides from a murderer?
Using various geographic features, a murderer can feel the excitement of finding and killing a beauty who tries to hide or run away. A fugitive can experience the extreme tension and thrill of escaping and hiding from the murderer, as well as the horror and fear of not knowing when you will be killed.
[Key Features]– In RUMBLE MODE, you can have a face-to-face contest to choose the strongest murderer.
– Over 10 murderer characters with strong personalities offered.
– Various situations created through crawling, jumping, and many other functions.
– View-Jacking function to check the location and movement of a murderer by stealing his/her eyes.
– With the transparency function, you can temporarily avoid a murderer’s eyes.
– Through the heart color that gradually turns red, you can predict the distance between you and a murderer.
– By accumulating the number of killing and points, you can upgrade the murderer’s skills.
※ Note
1. You can feel the murderer’s heartbeat sound more clearly if you wear headphones.
2. You cannot recover the game once it is deleted.
You can find more information at…
Facebook : www.facebook.com/bloodedgame

0
Gap Jump is an addictive mini arcade game with simple one-touch gameplay.Help your cube roll from one column ...
END_OF_DOCUMENT_TOKEN_TO_BE_REPLACED

0
Before you play, representing a new series of adventure puzzles Troll Face Quest, where each level you have ...
END_OF_DOCUMENT_TOKEN_TO_BE_REPLACED

0
Free for a limited time! Don\’t miss out!Head out to sea to reveal the shocking secrets of the ...
END_OF_DOCUMENT_TOKEN_TO_BE_REPLACED