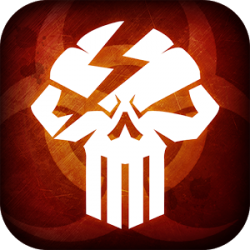 FEATURES:
* Play and chat with your alliance, and form a Bio zombies\’ team like in the Plague Inc and Resident Evil to fight for blackguard enemy\’s pyromaniac war
* In this real time strategy and pyromaniac war game you will rise through the ranks.
* Battle with multiplayers by infected zombies and form an unstoppable zombies\’ a resident evil army by Bio and take their Trophies
* Explore bacteria, plague virus, disease, contagion and other pandemic infections like in the resident evil by Bio and use them in your resident evil army
* Invade and conquer your blackguard resident evil enemy by your infected zombies\’ army and evolve your resident evil territory
* Conquer your resident rivals and seize evil resource works with different pyromaniac zombies& contations
* Train your pyromaniac resident evil army with zombies, contagions, and infections by Bio
* Build your empire and lead the pyromaniac game of infected war, you are the king of your own resident evil kingdom in the RTS game
* Addicted an exhilarating resident evil war with the unique pyromaniac sounds and music
* Upgrade your command and evolve your infected contagions make more resident evil creatures in your zombies\’ army by Bio
Manage your base, fight for a evil war, build your resident evil zombies\’ army and fight infections in this Monument Wars now! If you like games like Plague Inc or Clash of Clans, you will like this one. Trust me, simulating the way of the plague manufacturing from plague Inc will make you become addictive.You can download Plague Empire: Infection Bio in the Google Play Store.
Contact us
We are very willing to solve your any problems in the game.
If you like our game, welcome to evaluate and leave a message at any time.
Service e-mail: plagueempire2015@gmail.com
Facebook：https://www.facebook.com/pages/Plague-Empire-Infection-Bio/1620990344847626
Twitter：https://twitter.com/Plague_Empire
Thanks for your support!Supported
languages:
* English
* Deutsch
* Pусский
* 简体中文 (Simplified Chinese)
* 繁體中文 (Traditional Chinese)
NOTE: We recommend a good network condition for the update. Better is WLAN.

0
Gap Jump is an addictive mini arcade game with simple one-touch gameplay.Help your cube roll from one column ...
END_OF_DOCUMENT_TOKEN_TO_BE_REPLACED

0
Before you play, representing a new series of adventure puzzles Troll Face Quest, where each level you have ...
END_OF_DOCUMENT_TOKEN_TO_BE_REPLACED

0
Free for a limited time! Don\’t miss out!Head out to sea to reveal the shocking secrets of the ...
END_OF_DOCUMENT_TOKEN_TO_BE_REPLACED