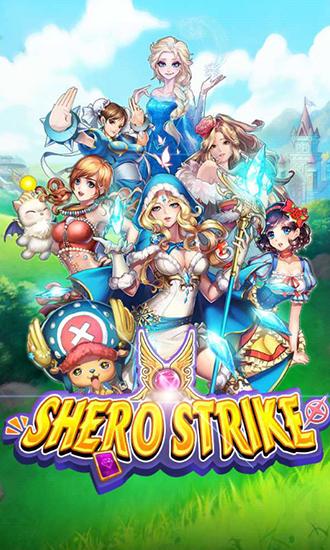 Shero strike – head a party of beautiful heroines and go adventuring in this fantasy world. Crush enemies using your heroines to fight them. Go through many picturesque locations of this game for Android. At every step your party will fight a variety of monsters. Hit monsters with your party members. When they collide heroes deal damage to the enemy. At the same time heroes bounce off enemies, walls of the playing field, and obstacles. Use this ability to damage multiple enemies in one move or use other combos.

0
Thick archer – help the thick archer defend his castle from the attacks of different monsters. Shoot from ...
END_OF_DOCUMENT_TOKEN_TO_BE_REPLACED

0
Labirinth – is an interesting addictive game for mobile gadgets in which you need to take the ball ...
END_OF_DOCUMENT_TOKEN_TO_BE_REPLACED