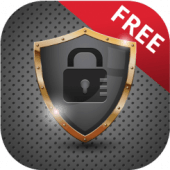 The average rating is 4.00 out of 5 stars on playstore.
If you want to know more about VPN Unblock Bokep Sites then you may visit Vpn Internet support center for more information

All the apps & games here are for home or personal use only. If any apk download infringes your copyright,
please contact us. VPN Unblock Bokep Sites is the property and trademark from the developer Vpn Internet.

VPN Unblock Bokep Sites has an important role in overcoming the positive internet problems caused by Telkom My Telkomsel or Indosat My IM3 service providers specialized in Indonesia without using setting DNS. The use of this application is expected to help you when surfing the internet and without any interruption either from my XL or BimaTri internet service provider.

Protect your network traffic under WiFi hotspot Browse anonymously and securely without being tracked. VPN Unblock Bokep Sites provides the best look that is easy to use. Bypass location restrictions, internet filters and bobol censorship at super high speed.

Please use this VPN Unblock Bokep Sites application wisely and in accordance with applicable terms.