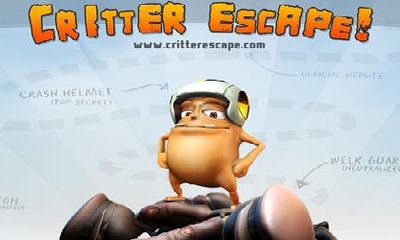 Monsters may look different. And even if some of them look a little scary, they are really good and absolutely harmless. This is exactly the kind of monster that will be the main character in Critter Escape game. When walking around a quiet field, our hero did not even know that he was being watched and after a few minutes he would become a prisoner of mad scientists. They see only a guinea pig in him and want to run experiments on him. Having found himself in the highly secured laboratory he lost his courage because of unpleasant experiments conducted on him. Fate was kind to him and one day he had a chance to escape. But after getting out of the cage he found himself absolutely alone in the huge laboratory complex. Now it will depend only on you whether the hero will be able to escape and stay alive.

0
In the game Only one you will become the owner of a magic sword and you will battle ...
END_OF_DOCUMENT_TOKEN_TO_BE_REPLACED

0
In the game Car transporter your task –to deliver brand new cars safe and sound to the destination. ...
END_OF_DOCUMENT_TOKEN_TO_BE_REPLACED

0
V For Vampire – help a vampire to overcome all obstacles and traps to take pleasure in the ...
END_OF_DOCUMENT_TOKEN_TO_BE_REPLACED